To get away from those oppressive talls, we left Earth. Left behind all the horrible shit humans and the rest did to each other, all the violence and hate.

Many discussions were had. Everyone agreed the moon was too close. We were farther along than others, technologically, but they weren’t that far behind. If we were that close, it’d be only a matter of decades, at most, before we’d once again struggle with their boots on our necks. Especially in the shadow of the Earth itself. Nah, the Moon was definitely too close.

Mars was a contentious point. We were fairly certain we could settle it, several of our brightest minds already had the tech needed to begin, but that megalomaniacal fascist billionaire already had his eyes on turning Mars into a space slave colony… oh, sorry, it was indentured servitude. If not decades, only a century or more would see us once again in conflict with those terrible capitalists. No, Mars, too… was too close.

The Belt was the only place we could see to settle. So to the belt we went. In giant secret ships, almost every Goblin left the Earth and its terrible denizens behind.

Two-hundred years we’ve been here, on our own. Two hundred years of peace. Now they come knockin', once again, but I’ll be damned if we are gonna give up ground twice. We ain’t gonna let them push us out, and we aren't going to let them treat us like they used too.

Any questions you have are going into this Q&A, which will also help inform me of what I should focus on next in development! Feel free to ask Questions in the comments here, or on twitter :)

Goblinauts, as an idea, formed and created in only 3 days, it started as a fun and quick throw away idea for the GoblinWeek2020 Jam. However, as I built it, I found more I wanted to add, until it's slowly, or rather-very quickly, became a labor of love.  17 pages of content and counting!

In the last 3 days I have worked to create a fun and straight forward, pbta style game that as is, is comparatively light but completely playable.

This game is something i'd desperately love to find time to update and expand, and hopefully will some day!

In order to download this game you must purchase it at or above the minimum price of $5 USD. You will get access to the following files:

Support this game at or above a special price point to receive something exclusive.

If you previously claimed a community copy and for any reason you decide you'd like to pay for it (which please know that this isn't something you have to do, community copies are there for you to claim and keep), use this option and I'll drop an extra community copy into the pile to replace the one you claimed and help someone else check out the game!

Each copy of Goblinauts you buy helps someone else grab a free copy if their budget doesn't enable them to pay the listed price. If you're unable to budget for a copy of Goblinauts priced as listed, please claim one of these free copies for the community.

Any status update about this cool project?

This is an awesome game, love the retro feel and emphasis of community.

Thank you so much! Like every one of my projects so far, I start off with like "This'll be a fun lil quirky thing I can toss out and move on" 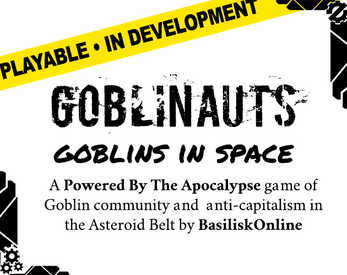 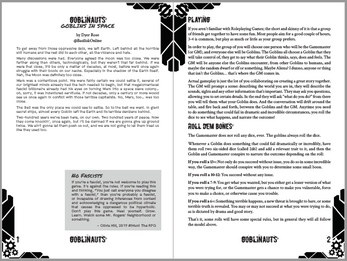 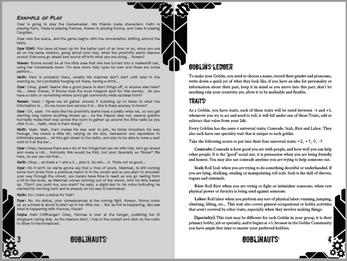